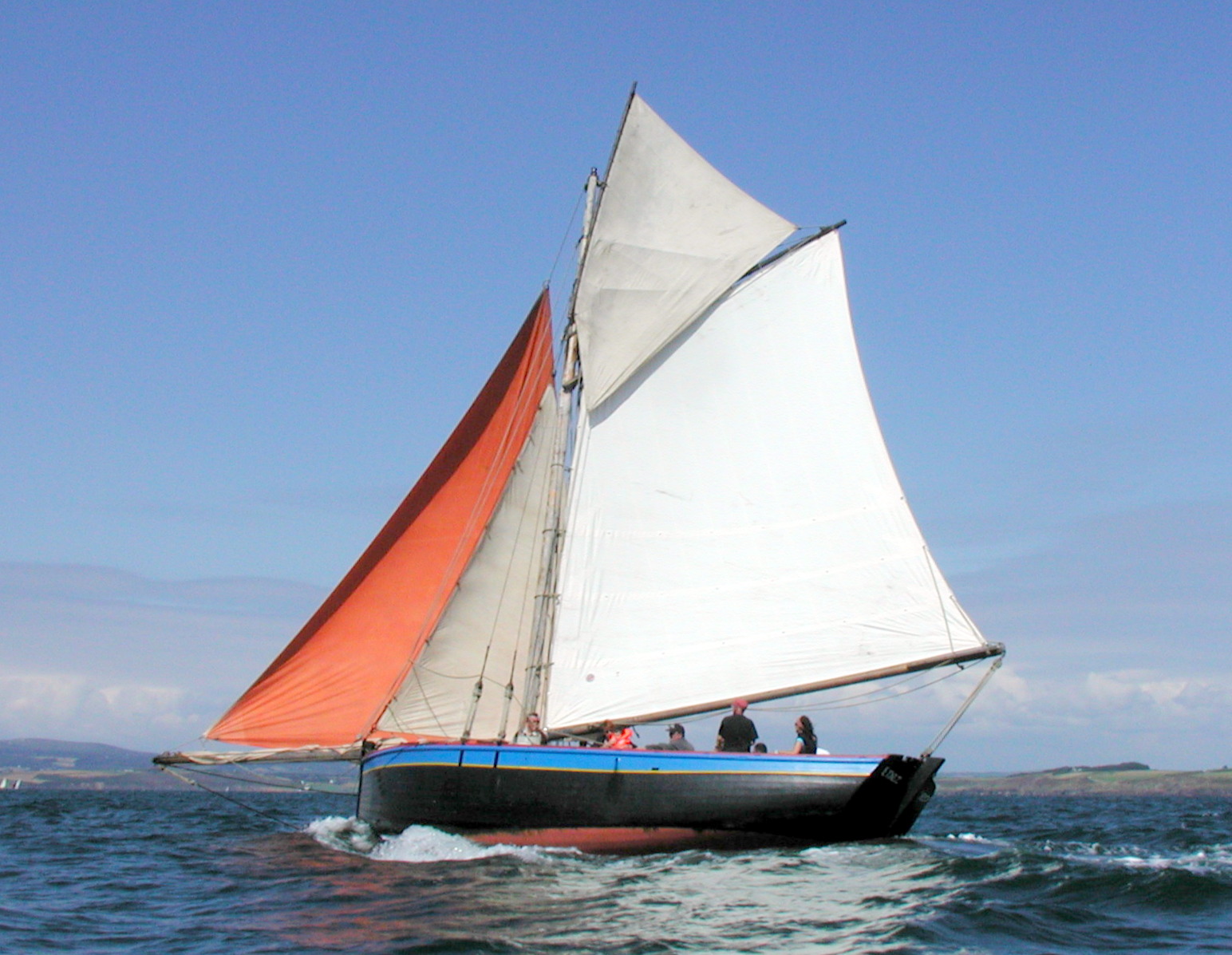 Stone constructions like houses, churches, castles, monuments, can withstand centuries and even milleniums. But wooden boats can’t live for such a long time, they can live for an average of 50 years and even less for working boats. Working sail boats disappeared during the first half of the 20th century. Steam trawlers were the first boats to replace sailing boats at the end of the 19th century. Most of the French fishing fleet moved to motor during the thirties. Some sailing boats survived up to the fifties. That was the case of the tuna fishing boat of the South coast of Brittany as they did not require power for fishing. Some others survived thanks to local regulations banning motors (shell fish in Brest bay). World War 2 allowed sails on small boats to survive for a longer time because of the lack of gasoline. The very few boats which have been saved (in most cases converted to yachts) are only late ones which are far to give an idea of the huge variety of the hundred of boats types which were working along the French coast at the time of sail.

That is why building replicas of these lost boats is the only way to keep our maritime heritage alive. The very first replicas were built for individuals. Later on, some non-profit organizations decided to build replicas with a stronger authenticity and aimed at sailing into their historical waters. The very first I drew was An Durzunel, a 2 masted lug open boat of Loguivy (near Bréhat Island in Northern Brittany) as they existed in the period 1860-1880.

In 1989, Le Chasse-Marée launched a building competition “Boats of the coast of France” and then dozens of boats were built (about 100 from 1985 to now). From 1985 to 1997, I designed 15 heritage boats. Today, most harbors with a historical background have at least one built replica.

In some cases, original plans were existing and the builder did not need the help of a naval architect. In practice, I was commissioned when there was no plan. I worked from all available documents : pictures (as far as possible pictures of boats drying out at low tide), painting and engraving, boat-builder half models (I made a tool to take off lines), administration registers (giving at least the main dimensions), plans of similar boats (other harbors using the same type of boats, other periods)… On such a project, the naval architect has to be very humble. He does not have to create, but to reproduce with faithfulness what actually existed. The aim is that, if the boat built from the plans was placed in her historical environment, she would not surprise the seamen of the time. However, I must confess that I always try to reproduce the best boats of the time and not the ugliest which was the last one to come back to sell her fish!

In the eighties, I was generally asked to provide only a line plan, a sail plan, hull and rig scantling. The boat-builder was generally aware of the particular way to build a traditional boat in the given area. Members of the non-profit organizations were also able to find old fittings to make new ones on the same model. Old fishermen were also able to give details on how to rig and use the boat.

Today, building a replica needs another approach. The builder is young, has a general knowledge of a wooden boat but not of the specific way of building a boat of such epoch and such area. I need to make detailed plans of the boat structure as well as rig and fittings, based on my own documentation. I spend time looking closely at old pictures, a way to discover a lot of information. New regulations require stability calculations to assess compliance to safety rules. In France, a traditional boat has to comply with the European standard ISO 12217 “Stability and buoyancy assessment and categorization”. The only specific exemption is the fact that topsails may not be taken in account for stability. This huge and detailed documents require the expertise of a naval architect and I admit it is today an important obstacle for small boat-builders used to design boats themselves. However, this standard is made on a “first principle” method. I have assessed many traditional boats, including open boats, and it has always been possible to have the boats complying, making the choice of a “design category” (C in most cases for open boats, meaning able to sail up to wind Beaufort 6) which is reasonable according to the actual sea-keeping ability of the boat.

Present use require a motor in most cases. I always suggest the owner to chose a system which will not affect too much the sailing ability. This is not always easy as many Breton traditional boats have a rake sternpost. Motor sellers are always trying to sell overpowered systems with large 3 blade propellers. This results in at least 0.5 knot loss under sail. Large cut-out into the rudder have also a dramatic effect on steering ability. I try to overcome these problems at design stage with some changes in the aft structure and use of self feathering propeller or any other appropriate solution. Most people think a traditional rig in not efficient and this is a strong mistake. This is based on the fact that many “old boats” have been modified, badly motorized, use worn out sails and rig, and are poorly steered.

I feel it is essential to show that a traditional work boat was perfectly adapted to its environment and duty, and is also a piece of art. Above all, replicas keep alive our maritime heritage, including the skills of marine carpenters, riggers and of traditional sailing.