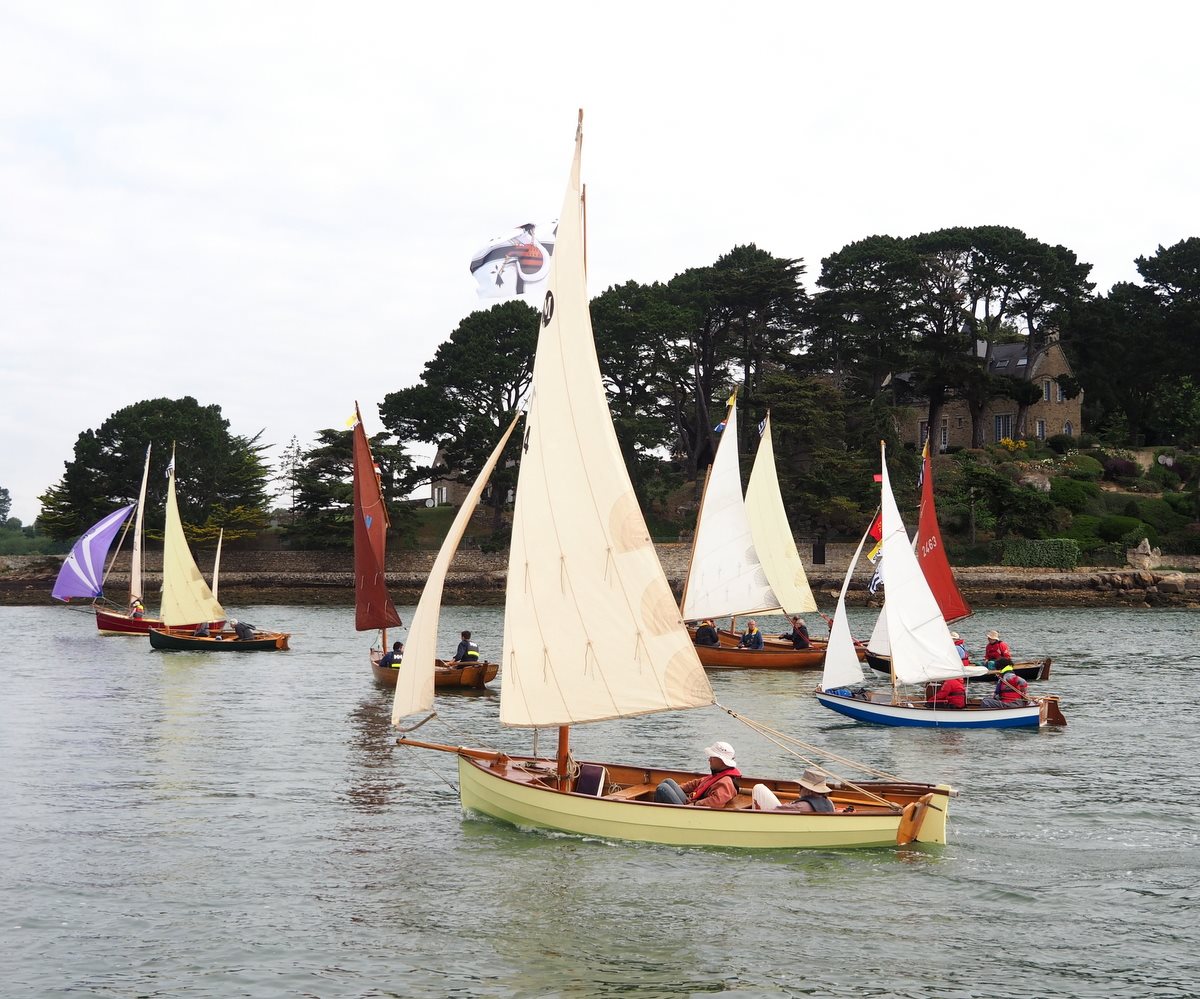 I just returned from the Morbihan week to which I participated aboard my Pen-Hir. Morbihan week is a major maritime festival and traditional boats gathering in France, held every two years. I enjoyed this 2017 edition. It confirms what I have already noted last summer in Douarnenez: a steady improvement in the quality of boats. They are better restored, more authentic and new boats appear every time, signs of a heritage still alive!

As usual, I have “hunted”, in the etymological sense, “to seize, capture”, camera in hand, the boats that interest me. There are of course my own plans, which I am always happy to see and which allow you to better discover what I propose. This year, for the first time, was the participation of a recent little-known plan, a Jewell built for himself by my partner boatbuilder in the Netherlands, Ben Ullings. I was pleasantly surprised to see the very beautiful performance of this boat, one of the characteristics of which is the yawl gaff rig, very popular in America but not very widespread here. There are also other good surprises, such as this Ilur, lug yawl rigged, just finished by its Irish builder and this bank dory traditionally built.

This year, I numbered the “Vivier plans” from the list of registered boats, published on the website of “La semaine du golfe”. More than 140 Vivier boats were registered, representing one-tenth of the total number of entries. Among them, 80 sail and oar dinghies, about half of this fleet. The most represented are Ilur (24), Seil (22), Aber (12), Minahouet (9). In addition, there are 26 traditional sailboats (including 10 Stir-Ven), 10 replicas of work boats, sail and oar team boats, pure rowing, steamboats …

My interest is also on all the other boats. I made a selection of those who spoke most to me. I had a weakness on some boats of the Sixties, the time when I started sailing, a few “Vaurien” in particular. Nostalgia! I invite you to discover them on my photo albums.

Of course, this selection is not exhaustive. There are those who were too far and those I never met …

There’s also an absent, my own Pen-Hir. Thank you to those who will send me pictures! And thanks to Petter Bakker who sent the first ones.

The small boat revolution in France, by Roger Barnes