You are here: Home › Blog › Launching at Skol ar Mor 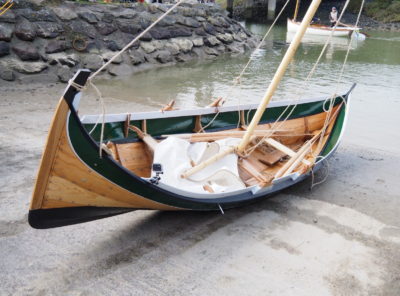 Twice a year Skol ar Mor, a wooden boat-building school, launches the boats built by its students in the small port of Kercabellec in Mesquer, France. At the end of January, boats built during the first half of the school year are launched. On January 27, 2018, two boats were launched, a rebuilt of a Faering of Bindal, a traditional boat from the North of Norway, and a cat-boat inspired by the American Beetle cat.
François Vivier, president of Skol ar Mor.