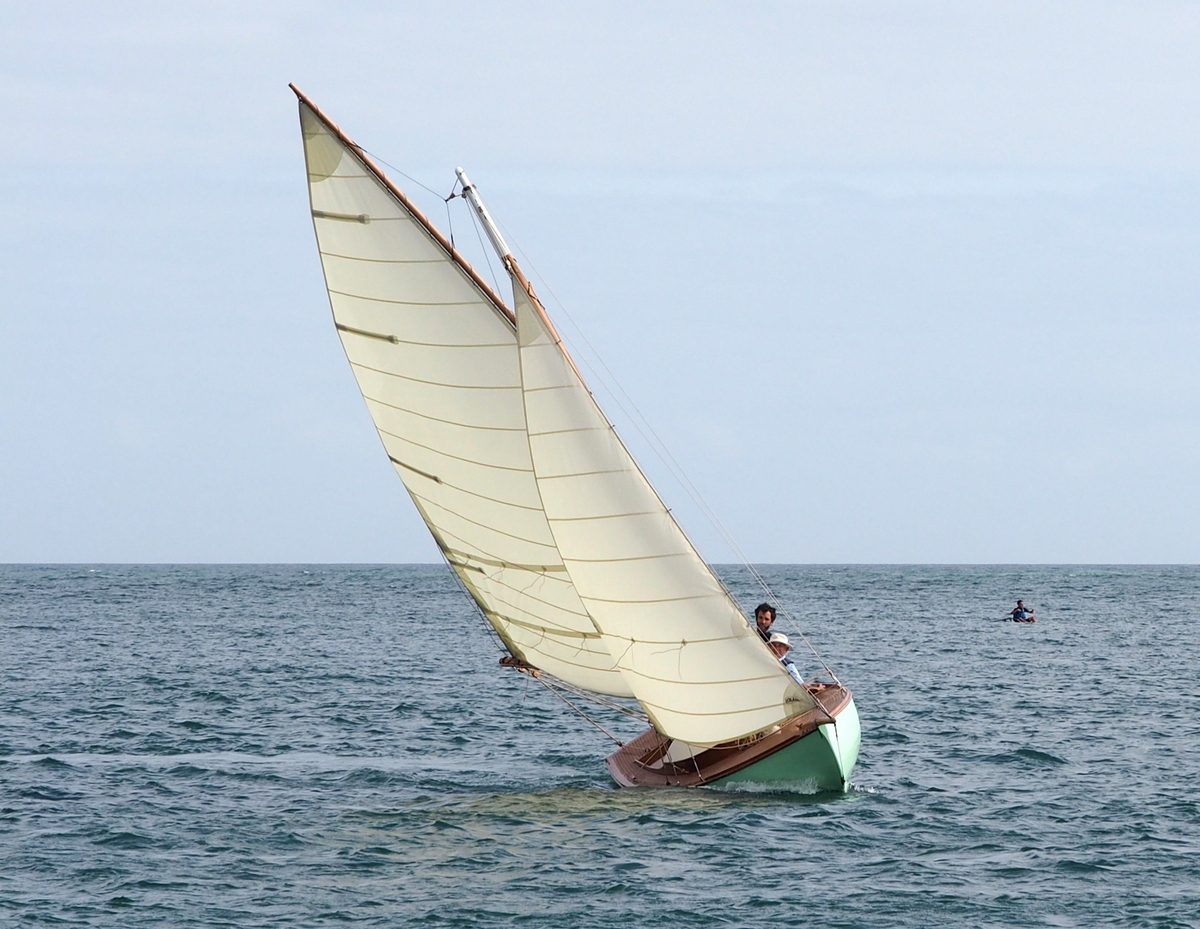 During the summer of 2015, Skol ar Mor, the major wooden boat-building school in France, has decided to build a replica of a small sloop of the Morlaix bay (North Brittany). This boat, As de Pique, was launched in July 2016. I had the chance to sail her and was delighted by this pretty small keelboat. During a one day passage from Le Pouliguen to Mesquer, she proves to have excellent windward capabilities along the rocky coast of Le Croisic. The tiller is very sensitive. Steer a boat whose shapes are so harmonious is a permanent and lasting pleasure!

The original boat, As de Coeur, was built by Mével boat-builder in 1951. She was bought by Marine Baud in 1998 and fully restored as she was in very bad condition. I have seen several times this boat, and immediately fell in love. She has exceptional lines, very pure. Mével has built several boats on the same design. 3 or 4 units are still existing. One of them, probably As de Coeur, was on a cover page of “Bateaux” magazine in 1961. They were initially rigged as gaff sloop with a small classic coachroof. When Marine restored the boat, she takes away the coachroof to get an open boat with a nice and traditional looking hood to spend some nights on board. She also rigged the boat as a gaff cutter.

Skol ar Mor has built a replica of as de Coeur. I have redrawn the rig and the deck plan. The sternpost rake has been slightly changed, allowing arrangement of an outboard well into the elegant counter stern. We came back to the gaff sloop rig, but adding a bowsprit in order to keep the same sail balance of As de Coeur, which is perfect. The cockpit has been lengthened, as such a boat is mostly a day-boat. The cabin includes two berths and a Porta-Potti toilet. The coachroof has a rounded coaming: the apprentices need to learn the most difficult techniques! The construction is fully traditional: oak backbone, carvel planking and steam bent frames.

As all boat built by Skol ar Mor, this boat was for sale.

Welcome to this new web site